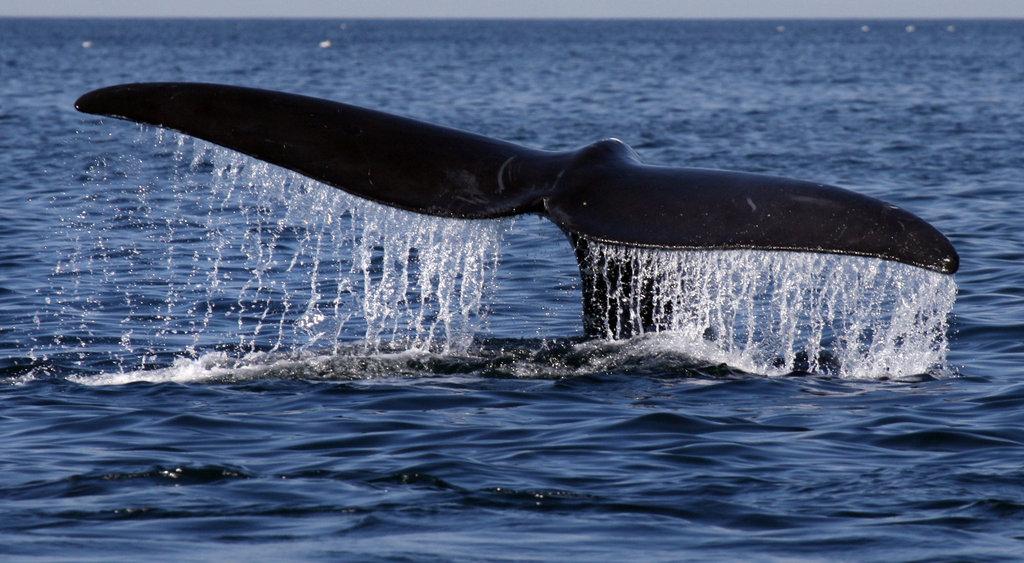 For the highly endangered North Atlantic right whale, the year has begun badly. One young whale that had become entangled in fishing lines was found dead in January off Virginia. Worse, not a single newborn has yet been spotted by scientists flying over the whale’s calving grounds off Florida and Georgia.

Last year wasn’t good, either. Only five calves were known to have been born, and at least 17 whales died.

Only about 450 of these whales remain. Once decimated by commercial whaling, the right whale had been thought to be making a slow return in recent decades, with its numbers rising to about 480 in 2010 from approximately 270 in 1990. But their recovery has since faltered and their numbers are declining. If we don’t act now, in a little over 20 years, the breeding females alive today may all disappear, leaving little hope for the species. How did this happen, especially since the right whale has been protected from hunting for decades?

These days, the whales are dying not from harpoons but from collisions with ships and injuries from increasingly strong fishing gear and ropes. The whales’ migration route from their calving ground to their summering areas in the Gulf of Maine and Bay of Fundy cross innumerable shipping lanes and areas filled with millions of lobster and snow crab traps and thousands of miles of fishing line. Disasters are inevitable. Eighty percent of known right whale deaths are caused by humans. Our actions may be unintentional but they have been catastrophic.

From 2000 to 2008, 44 percent of human-caused whale deaths resulted from ship collisions, more than from entanglements in fishing gear. But rerouting shipping lanes and requiring vessels to reduce speeds where whales were known to be calving or foraging substantially reduced the proportion of deaths from ship strikes, to 15 percent for the period between 2009 and 2016.

Now, however, it is entanglements that are jeopardizing the whale’s future. During that same period, 85 percent of right whale deaths caused by humans were the result of entanglements. Last summer was a particularly bad year. Instead of returning to their customary feeding grounds in the Bay of Fundy, where protections were in place, the whales swam into the Gulf of St. Lawrence, where an alarming number were snared in heavy snow-crab pots and fishing lines.

The threat of this fishing gear is hard to overstate. One study of all available photographs of right whales taken from 1980 to 2009 found that 83 percent showed evidence of having been entangled in fishing gear at least once. Of those, more than half were entangled at least twice and some as many as seven times. Some, unable to free themselves, suffocate and drown. Most break away; some of those end up dying months later from the injuries they suffered.

The veterinarian Michael Moore of the Woods Hole Oceanographic Institution has conducted necropsies on right whales for more than two decades. Year after year he has witnessed the cruelties inflicted by fishing gear that most of us will never see: lines tightly cinched around flippers, fins and bodies, cutting through blubber, muscle and even bone; rope pulled through their mouths, fouling their baleen so they can’t easily eat. These whales end up in extreme duress; stress hormones spike. When these whales eventually succumb, they die from emaciation, starvation, infection or a combination.

Whales are highly intelligent animals. Dr. Moore and his colleagues describe the severe injuries they see as unintentionally “barbaric,” and the pain inflicted most likely “persistent” and “extreme.” Entanglement, they wrote in a paper, is “one of the worst forms of human-caused mortality in any wild animal.” He considers it as bad as torture.

For female whales, entanglements help explain the 40 percent drop in the birthrate since 2010. Entanglements drain valuable energy needed for pregnancy and nursing: Towing heavy lines and gear increases drag one and a half times on average, and up to three times if a whale is towing a lobster trap. Dr. Moore and the marine biologist Julie van der Hoop liken it to a human swimming long distances in wet jeans, heavy waterlogged jackets or work boots. Her research found that entanglements hijack as much as 42 percent of a female whale’s daily energy “budget.”

Females should give birth every three to four years; now they give birth every eight years, if at all, according to a report to the North Atlantic Right Whale Consortium last year. Those that survive severe entanglement generally die prematurely, their reproductive lives shortened. Right whales should live at least until they’re 70; today, scientists estimate a female whale’s life expectancy is 27 to 28 years. “Rope in the fishing industry may be an existential threat to the survival of the North Atlantic right whale,” the whale biologist Scott Kraus of the New England Aquarium warned in a recent report.

We have turned right whales back from the edge of extinction before. We can do so again. To save them now, several steps are required.

First, we have to reduce ship strikes further. Right whales are on the move in Canada, seeking new feeding grounds in the Gulf of St. Lawrence. Canada should institute mandatory, seasonal ship speed reductions there. At the same time, the United States should expand aerial surveillance of its waters this year to monitor which routes whales are following into and out of a protected area in Cape Cod Bay, and institute mandatory speed limits in those places.

Second, we need to eliminate the dangerous, inhumane gauntlet of fishing line. More than a decade ago, fisheries scientists determined that lobstermen in Maine could catch as many lobsters in a shorter season with a fraction of the traps, reducing lines in the water. Canada is considering altering the dates of the snow-crab fishery to reduce overlap with right whales.

Further, the whale biologist Amy Knowlton of the New England Aquarium found that over the past few decades, as manufacturers developed stronger, synthetic rope, the severity of entanglements increased. Her research suggests lower-strength rope could reduce life-threatening entanglements by 72 percent while still enabling trap fishermen to maintain their haul.

Finally, the federal government and research institutions supported by private foundations should invest in the research and development of “ropeless” fishing technologies that raise traps electronically. This would do away with a lot of rope in the lobster and crab fisheries.

We must act boldly and swiftly. With only about 100 breeding female right whales left, we haven’t much time.

This article was written by Deborah Cramer, visiting scholar at M.I.T.’s Environmental Solutions Initiative and the author of “The Narrow Edge,” and originally appeared in The New York Times.