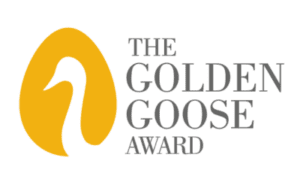 The Golden Goose Awards ceremony took place at the Library of Congress on September 27, 2017– the sixth annual celebration recognizing significant federally funded scientific research. Projects must meet two requirements to receive an award: 1) They must have made a significant and/or unexpected contribution to scientific advancement and 2) The research project must have a silly-sounding name.

These parameters were set up in response to the Golden Fleece Award, a satirical recognition started by then-Senator William Proxmire (D-WI) in 1975. Every month until his Senate retirement in 1988, Proxmire ‘awarded’ the Golden Fleece to federally funded projects he thought were a waste of tax dollars. Those projects were frequently scientific studies with funny or ridiculous sounding names. Despite Proxmire’s stamp of ignominy, some of those projects would later prove to be the foundation for remarkable scientific advancement.

The Golden Goose Awards were established in 2012 to erase some of the stigma surrounding the Golden Fleece Award’s legacy and showcase the value of government-funded research to society at large. Representative Jim Cooper (D-TN) was the primary inspiration behind the awards, which have been sponsored by organizations such as the American Association for the Advancement of Science, the Association of American Universities, The Science Coalition, and many others.

This year’s three awards went to very different projects that made huge advancements both within and beyond their highly niche fields:

Oregon State University wood chemist Kaichang Li was awarded a grant from the U.S. Department of Agriculture to develop a biodegradable, soy-based adhesive for plywood. Li was originally inspired to work on the project by mussels’ ability to adhere to rough surfaces under water.

Li’s invention was commercialized with the help of Columbia Forest Products beginning in 2003. Since then, about 60 percent of the plywood industry is using Li’s soy-based glue, replacing a formaldehyde-based adhesive that was unfriendly to both human and environmental health.

This multidisciplinary group of scientists was funded by the Smithsonian Institution and the National Science Foundation to study mass die-offs of amphibians around the world. The team discovered that an obscure fungus, previously only found on dead organic matter, was the culprit, and also learned that the fungus was able to travel rapidly and infect new populations due to human movement.

These findings have been used to change national policies on animal trafficking, and are credited with saving species from extinction.

Lotfi Zadeh was a mathematician and computer scientist who invented the mathematical concept known as “fuzzy logic.” Zadeh was funded by the Air Force Office of Scientific Research and the National Science Foundation in 1965, developing fuzzy logic as a tool to understand imprecise information.

The concepts — and the name — were so unusual at the time that Senator Proxmire awarded Zadeh’s research the Golden Fleece. Since then, his original research paper is been one of the most widely cited ever, and his fuzzy logic concepts have been used in more than 16,000 patents for innovations in a wide variety of industries and sectors.

To read more about the Golden Goose Awards and this year’s winners, go to their official website here.